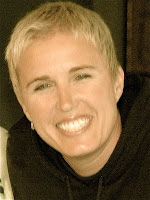 About My Life and Experiences...

I was born in the little town of Logan, WV.   I love West Virginia, and even though I was not raised there, the town and its people hold valuable and meaningful memories for me.   It's the place we would often go on family vacations to visit grandma, grandpa, uncles and aunts, who all lived close to each other.

One of my favorite memories was the beautiful natural state park that was just up the busy road that ran through the mountains below Grandmas house.  We would picnic there at least once before leaving, and it was always so much fun making hotdogs, hamburgers or fried chicken and all the other homemade fixin's, like Grandma's macaroni salad that was out of this world!!!!

While Logan is an economically depressed area, it is rich with other things that matter....common sense values, loyalty and love.

I moved on to ORU in Tulsa, OK for college.  It was there that I practiced my craft of songwriting.  I was the organist and songwriter for the Richard Roberts television show,  which was produced from the campus production facility and aired live every day on Christian networks.  An intense desire to pursue my calling and a bit of immaturity possessed me to leave after 4 and a half years of college study and just 2 courses shy of my degree.

I moved to Nashville in the late 80's to pursue a profession in music and songwriting.  I have the "typical" musicians story... No money and a huge hunger to succeed.  I drove into Nashville around 3 am in my volkswagen rabbit with $300 dollars and no clue where to go or where I was going to stay.  I remember finding music row by accident, and drove those two or three streets for a while before finding a motel to gather myself for what was going to be the start of my future.

Arriving in Nashville was definitely exciting and a bit daunting.  I called a friend with whom I had created some music in Tulsa, Brett Teegarden.  He hooked me up with 3 girls who were willing to take in another roommate.  While staying in, what I think was a 2 bedroom/ 1 bathroom house that us 4 girls had to share,  I got a call from Gary McSpadden, a then member of the Gaither Vocal Band.  Gary called me over to his mansion of a home and had me play my songs for him.  He was just putting together a publishing company and needed songs.  I had songs and needed a publisher.  It was a timely, fortuitous, and profitable fit for the next 7 years.

My hopes and aspirations were huge at the time, and I kept also writing songs meant for the pop and country markets.  Shawn, took a leap of faith, and sent a tape of mine to a small publisher, Carla Berkowitz(now Ondrasik) of Little Reatta Music who was affiliated with a much larger publishing company, Warner Chappell in LA.  To our amazement, she got back to us with positive feedback.  They were impressed and wanted to work with me as an artist.

I was signed to what, at that time in 1993, one of the most powerful and influential record companies, Elektra Records.  It was an exciting year and time in my life.  I worked with the BEST in the music industry.  Tommy Lipuma was my producer.   He had, previous to my album, produced Natalie Cole's Grammy award winning record, UNFORGETTABLE.

Nathan East was bass player, Michael Brubeck blew the sax, Vinny Cauita played drums and Mark Baldwin played guitar.   There were other greats that also participated.  My manager was Dan Cleary, who also managed Natalie Cole.  I recorded in LA with engineer, Bill Schnee, Minnesota at Prince's studio, and New York.  I spent two weeks with Maurice White, and days in the studio, writing with David Pack of Ambrosia.   I was so close to all that I wanted and longed for, THEN the bottom dropped out.   Bob Krasnow, then President of Elektra Records, decided not to release my album.

For a few years, I was lost and confused and heartbroken.  But as time heals and assuages the deep feelings of loss, I knew that despite my grief, I was still a songwriter, and so I kept writing songs with vigor and passion, and naturally, several songs came out of the heartache.  I even put together a collection of songs in an album I entitled, An Album for Those Who Grieve.  It wasn't mastered or an album that should make for a good sale, but it was cathartic for me.

As an unusual response to my disappointing album experience, I legally changed my name, in 1997, to CONSTANT CHANGE.   I do not fully understand why I felt compelled to do it.   As a singer/songwriter, I knew I wanted an edge and felt it would help me stand out.  As a "moonlighting philosopher",  I wanted to bear a name that reflected something about life so true and basic.  Now, Constant Change is more than just a name for me.  It is a CONSTANT reminder that the quality of my life depends on the relationship I make with CHANGE.

My recording of the original song, If I'm Not In Love, was released on the movie soundtrack of Indecent Proposal. Also in the movie, Chasing Liberty, starring Mark Harmon and Mandy Moore.

The same song was also recorded by Faith Hill and Kathi Tricolli. It reached #1 status in Japan, recorded by Yuna Ito, and was a hit in the Philippines with Jenna Lynn Mercado and Janno Gibbs. It was also #1 with Jody Watley as a dance club release.

I have written several songs for the church. Some of my favorites are, He'll Do It Again, I Am Not Ashamed of the Gospel and Hallelujah, Praise The Lamb.

I enjoy writing, producing and recording from my studio at home. It has become a joy and passion of mine to connect with the internet audience, my friends and fans who enjoy my songs and music. Thanks for being a part of my life!   I also write jingles for my company, JamminJingles.com

To keep up with my new music and songs, go to my website


"A song is like the human body with its own central nervous system and heartbeat, which is why melody and lyric, when formed into song,  create a chemistry of sound that affects human emotions, physiology, and spirit." - Constant Change

Thanks for your comments